20 years ago today the world changed.

I know some reading this weren’t around then. Everyone is aware of the effects of that terrible day though.

Today we take a few moments to remember and to pray for all those whose lives were touched by this tragedy.

I remember our confused middle school teachers pulling us into a computer lab to pull the news up on TVs. I had no idea just how significant it all was, but I was part confused and part scared. I don’t think I truly grasped the gravity of it…

The South tower collapsed at Midnight Australian time. Being 11 years old at the time, I was in bed asleep. I didn’t know anything about it until the following evening. I don’t remember anything out of the ordinary happening at school the next morning or the next day. I think they shielded us kids pretty well. I remember going into the lounge to ask my parents something and seeing the images on TV the next night though. As young as I was, I didn’t understand the significance either and I thought of it as just something bad happening to people a world away. Didn’t think too much of it because it didn’t affect me directly. I remember the images though. I think it might have been at least a couple of days after the attacks that I saw a special report on 60 minutes and they showed a picture of a row of bodies in the morgue. That’s the image that stuck with me the most as it really showed the human cost of the attacks. That’s when I really understood that it was more than just a pile of rubble or a neat explosion and that a lot of people had lost their lives. 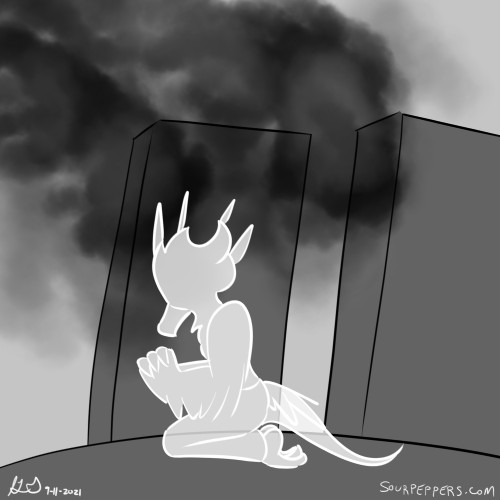 [ Photo ]
Twenty years ago I was thirteen years old and attending junior high. I got ready for school that morning as I normally did. Before heading out the door, I remember going to my parents room, either to say goodbye or to wait for Mom to take me to school, I don’t remember. But I do remember that the TV was on, the morning news was playing, and there was a picture of the Twin Towers, one of which had been hit by a plane. I didn’t know anything about the World Trade Center before that day. And like many others, at the time I assumed it was simply a terrible accident. Beyond that, I didn’t think about it much more and went to school as usual. It was in the middle of one of my classes that an announcement was made: the second tower had been hit as well. Even worse, we now knew that it was not an accident. The United States had been attacked…

I wrote a lot more. You can read the rest here: 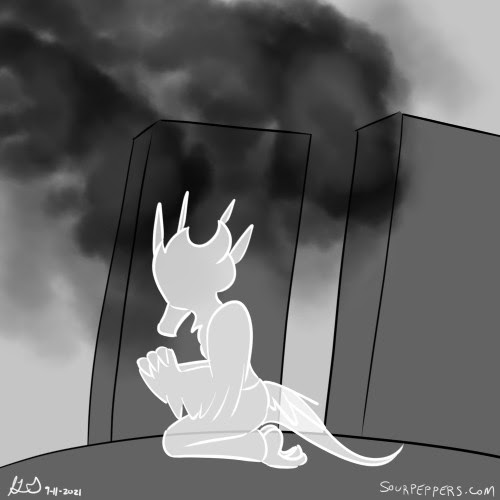 Life's not always sweet, but it is worth savoring. A collection of doodles illustrating religious, social, political, or just humorous observations.

I remember that day. i was waking up in Hawaii in the morning to get ready for work and i saw on tv it happening.

Seems after it happened security got really strict.

I haven’t seen any of those “charter” sign holders or such at the airplane gates anymore since the day it happened.