Is Star Wars worth celebrating?

But as I’ve been hearing folks get excited in the days leading up to May the Fourth, I just found myself feeling kind of “Meh” about it this year, even though I used to really like Star Wars. I was curious if anyone else felt the same way.

Without a doubt, Star Wars is a cultural phenomenon. Episodes 4, 5, and 6 were groundbreaking for their time and inspired generations of sci-fi fans. Then the prequels came out and… well, it seems clear that George Lucas was passionate about them, but what with poor storytelling and acting, they were disappointing to many viewers, to say the least. Then of course we had the new trilogy. The Force Awakens, while not perfect, was really cool and gave some hope that the 9 episode arc would be given the conclusion it deserved. But then the last two movies just felt like their respective writers were fighting over how they wanted the story to end, rather than taking the time to actually come up with a cohesive plan for this series that so many people cared so deeply about. To top it all off, Disney’s practice of “resurrecting” deceased or aged actors for Rogue One and Mandalorian just makes me feel… kinda icky. In short, I sort of feel like I have “Star Wars fatigue.”

Is the fact that Star Wars has it’s own de facto holiday due to any real merit of the property, or is it merely the fact that “May 4th” sounds so much like “May the force be with you”? For example, there’s no internet holiday for Lord of the Rings, even though that’s arguably as big a cultural touchstone for the fantasy genre as Star Wars is for sci-fi. It’s like how there’s an internet holiday for the mathematical constant pi (3/14, a.k.a. “Pie Day”) but not the mathematical constant e, and it’s not because pi is more important than e, it’s because pi sounds like pie, and the first three digits of pi happen to match those of an actual calendar date.

None of this is intended to yuck anyone’s yums or even to say we shouldn’t have silly internet holidays to bring a bit of playfulness into our lives. If you enjoy Star Wars, by all means, enjoy the day! Wear your merch, watch your movie marathons, swap memes, and all that good stuff. I just thought I’d take a moment to examine the subject of the day’s festivities and see if anyone felt similarly to me. Or maybe the fact that Star Wars has had such a lasting impact on popular culture is reason enough to celebrate it, even if we don’t give the same amount of attention to other important properties.

Let me know what you think.

If you love SW, why not celebrate it? If not, it’s fine to not participate!

May the 4th is just a really great pun.

One year when it fell on a Sunday, the organist at my church played “Theme and March — J. Williams” as the recessional. 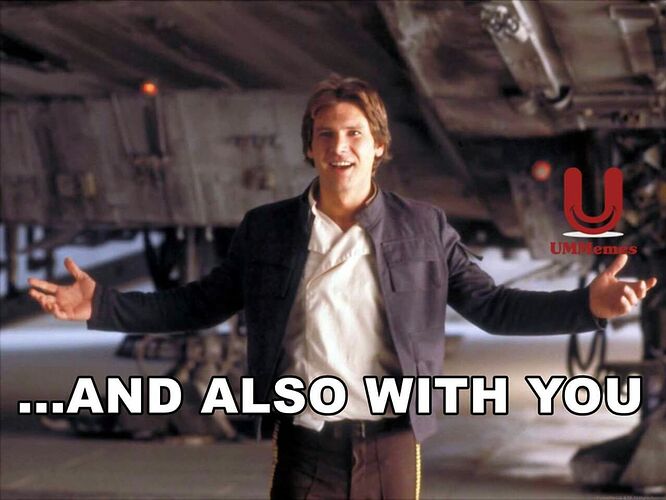 May the 4th is just a really great pun.

I do love a good pun.

I’ve only ever played the Lego games and Force Unleashed 1. That’s all I’ve really delved into Star Wars stuff XP

For me, Star Wars is still worth celebrating. Although I’m not happy about everything that Disney’s done to the franchise, the Legends EU had it’s fair share of weak spots too. Zombie Stormtroopers for example Death Troopers | Wookieepedia | Fandom. All in all though, I still enjoy the Star Wars universe and many of it’s stories. I get what you mean though and we’re kinda oversaturated in Star Wars cause Disney will milk it for all it’s worth.

Fan fatigue is real too, I’ve been reading through a nine book Star Wars series in my free time, and I’ve been getting kinda sick of it. Some of it for me is moderation in what I do with my time. If reading/watching Star Wars is all I’ve been doing, I’m bound to get tired of it.

Another thing I love Star Wars for is that it indirectly brought me into this fandom. My youth group in high school was running a yard sale and I started mocking my little brother for buying an old Ewok movie. During that, a friend I had a crush on at the time overheard me say “teddy bear costumes” and walked over saying excitedly, “Furries!” I was a pretty sheltered kid, so I asked her what she meant. She was a closet furry at the time, but she wouldn’t tell me, probably trying to preserve my innocence.

When I got home that evening, I looked up what furries were and the rest is history.

Ine is a good lizard:

Is the fact that Star Wars has it’s own de facto holiday due to any real merit of the property, or is it merely the fact that “May 4th” sounds so much like “May the force be with you”? For example, there’s no internet holiday for Lord of the Rings, even though that’s arguably as big a cultural touchstone for the fantasy genre as Star Wars is for sci-fi.

Well, Hobbit Day is September 22nd. It was proclaimed as such by The American Tolkien Society in 1978, although celebration predated the formal designation of the holiday. I think it’s more of a nerd thing(I say this as a Tolkien fan) that hasn’t really gone mainstream yet.

May the 4th is mostly about the pun combined with just how popular Star Wars is in general! I’m not sure it earned the holiday just because the series’ merit.

That said, I still think there’s something fundamentally special about Star Wars, even when some things aren’t complete masterpieces of cinema. It’s a fun universe with fun lore, and it brings a lot of people happiness from the nostalgia. I think when people get overly critical, they’re missing the fact that even the original trilogy had plenty of problems, but people didn’t care, because they were a ton of fun and sparked the imagination. Part of appreciating Star Wars is appreciating that part of it. :3

Oh, I didn’t know about this! That’s pretty interesting.

I actually had this conversation with my dad a while back. Really, what made Star Wars such a cultural phenomenon was the special effects, which were groundbreaking for it’s time. Thus, you could blame the success of star wars for the careers of directors like Michael Bay, who make badly written movies with huge special effects budgets.