The United States shouldn't be so car-dependent

I word it this way because I know cars are still needed for certain things and certain situations. But wouldn’t it be nice if we (in general) just used public transit, walking, and biking more often?

Cars are useful, in my opinion, more as a backup form of transit, kind of like when public transit and walking can’t get you somewhere. I feel the same about fossil fuels, too, that they are better as backup fuel. Cars are also are useful in emergency situations like COVID-19. But in general, I think the United States would benefit far more for leaning more towards bus and rail travel.

I didn’t mention plane travel as much, because although plane travel for long distances works to solve some of the car problems, there’s quite a list of things trains provide in comfort and lack of stress that planes don’t. And if it’s high speed, it would be faster than driving. High-speed rail would be even more energy-efficient than a plane.

I agree completely. But there’s so much culture of cars as a status symbol, not to mention individualism, that makes it more of a challenge here.

Heh, I almost think of using public transit as my own sort of individualism against the car culture! But yes, thanks for reminding me, there’s also a culture thing here about it.

I imagine it depends on where you live. Public transportation is more feasible in big cities than smaller towns, as places out in the boonies (and even a few larger cities) don’t always have a public transportation system. Walking and biking could still work in those places, as long as you don’t have to travel too far.

Though even a lot of places are poorly set up for even those. America seems just super designed around cars first and foremost.

By the way, a note for California residents:

If you’re in California, and you want to protect #HighSpeedRail, then let Sacramento hear that you want this! 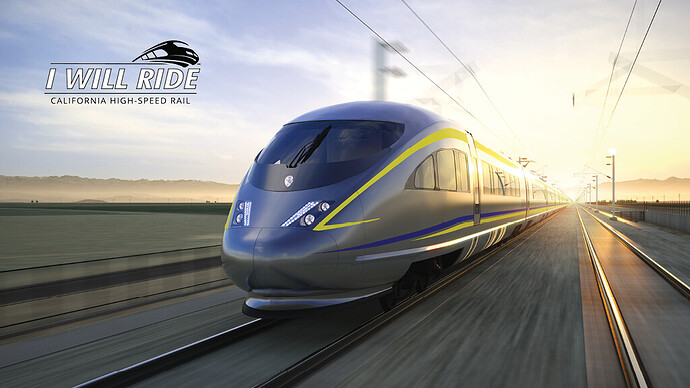 Please ask your legislators in California to move forward with electrified high-speed rail!